Concept Smoke Screen have produced a security system that not only protects your property, but hides valuables and disorientates any possible intruders. Security smoke (or fog) is an efficient and effective way of protecting your property from burglars whilst appearing as a low-profile small box that is neatly fitted to the wall.

Several security systems are used worldwide, for example, CCTV systems have the power to deter burglars and capture evidence of the burglary taking place but unfortunately have no action to prevent the burglary in its tracks. Shutter security systems can also be used as a strong prevention, however more often than not these can look unattractive and uninviting. Additionally, conventional alarms are still used, although these let out a loud alarm, burglars can often be in and out of the premises before police have arrived at the property.

In contrast, the Smoke Screen systems are practically invisible to the eye as a security device, yet upon break in the device releases a thick smoke in a matter of seconds that hides any valuable assets and disorientates the intruder before they can get their hands on anything. 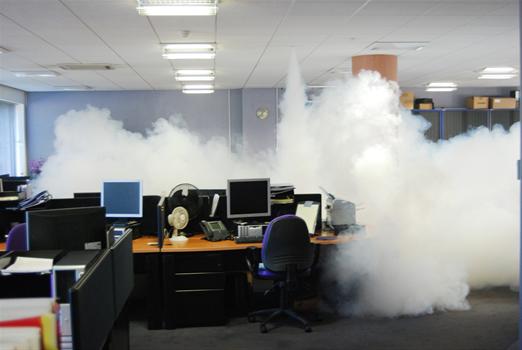 The Smoke Screen system is arguably one of the most efficient and effective security devices that acts upon the burglary taking place, shocking and confusing any burglar – leaving them the only option to retreat from the premises. Both Boots and Tesco’s have installed the Smoke Screen across multiple stores and have seen burglaries drop significantly after using other security methods that proved unsuccessful.